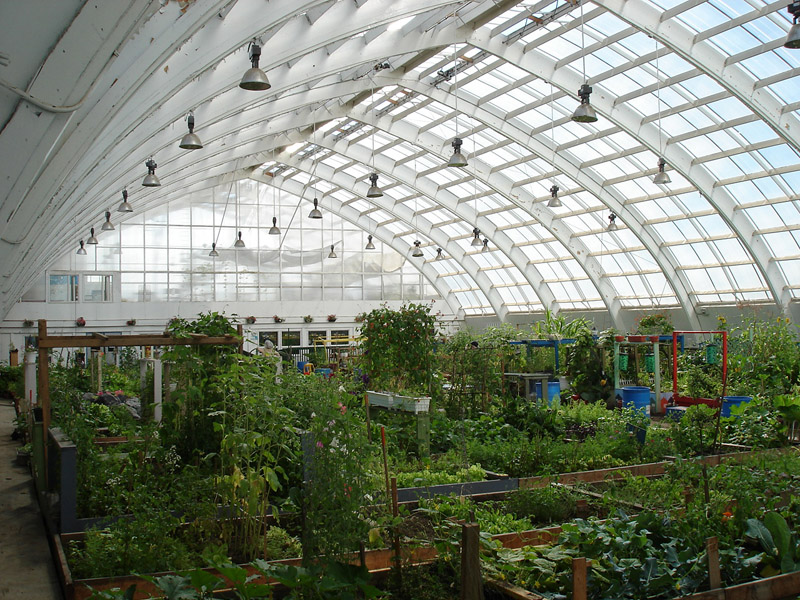 What a community greenhouse could look like on the inside. Image credit Resilient Communities

So I hear a lot of talk about how the money spent on things like science and art could be used to feed the hungry. I will allow that starvation is a problem, but I don’t see choices like feeding the poor and having a robust science and art community as being an either/or proposition. NASA is one of the most prominent job-creating government agencies there is, and you can just watch the janitors and front desk workers at any art museum to see that these venerable museums are creating jobs too. The fact is that most suggestions for actually feeding the poor and getting roofs over the heads of the homeless just seem to aggravate the situation by taking away their dignity and not giving them a chance to be self-sufficient. I’d rather see these people actually go out and find jobs that can help them pay the bills on their own and, from the news I’ve seen lately, flipping burgers should still be stuck in the land of teenagers who want a summer job.

I’m not going to try solving all the problems revolving around the hungry and homeless in a single blog entry, but here’s an idea that would be good for starters. In just about every city I’ve explored in-depth, there seems to be plenty of empty lots. With a little work and a little planning, you could put a greenhouse on each of those lots, put in a decent hydroponics or aquaponics system, and use that to grow fresh food that can then be used by the community.

The system I imagine would look like this. Somebody comes in and volunteers so many hours of tending the plants, cleaning or doing maintenance. That gets recorded in a database, and when the crops are ready, the people who volunteered can redeem those hours for a share of the crop. Very few questions are asked and anybody at any income level can volunteer. The municipality puts up the money for materials and supplies. Anybody who wants fresh produce can volunteer a few hours a week, which has the side effect of reducing labor costs involved in the project. So this helps out both the people who have to stretch their food stamps that may or may not be cut by Congress, and municipalities for which beggers and the poor have been a chronic issue and occasional annoyance.

You might be wondering why cities don’t just save all the effort of putting a greenhouse in and give the hungry what they need to grow food on their own. The truth is that many low-income families live in an apartment on the poor side of town and don’t have a yard to put a garden in. They might not even know that you could have peas or a tomato plant growing in the windowsill with the right kind of equipment. Getting into hydroponics on your own can be a little expensive in terms of start-up costs if you want to really make it worth it. The greenhouse could be part of the solution by helping low-income families learn the skills they need for indoor gardening along with giving them the extra food they need to make it through the month. 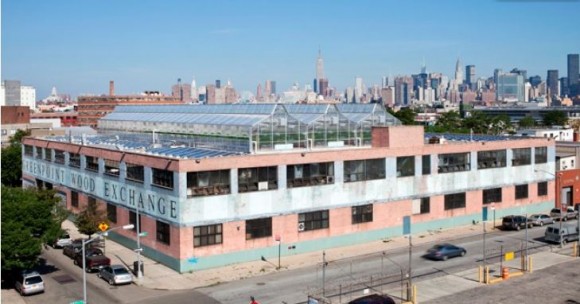 If more supermarkets could be like this one with a greenhouse on top, maybe prices for fresh produce would come down. Image credit Popular Resistance

But don’t we already grow enough food to feed everybody in the world? Probably, but consider how far a typical carrot has to travel from the farm to your plate: 1500 miles. That is obviously very inefficient when you could be growing that same carrot in your garden or in a greenhouse and it’s not just your imagination that those garden-grown tomatoes taste so much better. When you consider that, it’s very little wonder that carrots, lettuce and tomatoes cost so much. It’s not just Economics 101 and it’s not only because so much food gets wasted every year that many homeless people can easily pick out a meal just by doing a little dumpster diving in the backs of restaurants. It’s also a matter of managing the resources it takes to get that food onto your plate. Imagine how the price of everything would come down if all supermarkets everywhere were required to grow fresh produce on their roofs like some people have mentioned.

A good supplemental program would be to help them get started with growing some food on their windowsills by providing the tools they need to get started along with teaching them how to use it. If they decide they like it, they could get a simple hydroponics system from the city involved at a discounted price, or even for free. Again, there’s going to be a start-up cost to the local taxpayers, but imagine the long-term savings if every low-income family could produce some of its own food to supplement what can be bought with food stamps.

Seriously, build the greenhouses in the empty lots and you can bet that less of your taxpayer dollars will go into buying high-sodium packaged soup and vegetables that have had most of the nutrients leeched out of them through the canning process. You want to know about how difficult it is to get people who rely on government subsidies to eat healthy? Okay; just try living on food stamps for a week. From what I’ve seen, it basically amounts to one thousand and one ways to prepare a Ramen noodle packet. That’s not good if you’re serious about getting more people on a healthy diet and helping to prevent the kinds of illnesses that come with not having access to fresh fruits and veggies on a regular basis. Then all those low-income people are hitting emergency room clinics for medical care and that drives up costs for everybody else so much that it helps to explain why the U.S. government has to get involved with things like Obamacare. Community greenhouses could help to cut down on the problem.

Who is going to pay for all this? If municipalities won’t do it, maybe we could get on Indiegogo or Kickstarter to raise the funds necessary to build the greenhouse, and make sure we cross all the T’s and dot all the I’s with the necessary paperwork. I’d probably do it myself if I wasn’t already wrapped up with Mars One right this minute. But it’s an idea if somebody can actually make it work.

Build Your Own Greenhouse

The idea of a community greenhouse is neat, but you don’t have to wait for your city to do it when you can put together your own. Put one in your own back yard so you can enjoy fresh vegetables all year.