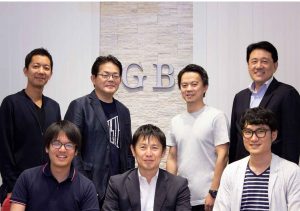 Omise has closed a funding round led by Global Brain, but has not released details on how much it raised in this funding round or a finalized valuation. Mitsui Fudosan’s corporate venture arm, 31VENTURES, and Indonesian VC firm Sinar Mas Digital Ventures (SMDV) have also joined this funding round.

Investment Round to Assist With Omise Expansion

According to official statements from Omise, this funding round will help it expand into Southeast Asia and Japan, as well as develop strategic partnerships that will help with the expansion and development of Omise Group projects like Omise payments, OmiseGO and GO.Exchange. Omise is also looking at expansion into several other high-growth markets around the world.

Although Omise has not released an agreed-upon valuation with this funding round, it crossed into “unicorn” territory last year with a valuation of over $1 billion. The OmiseGO token is a result of a $25 million ICO to fund the creation of a payment network and currently has a market cap of over $468 million. Omise has also raised $17.5 million in a 2016 funding round led by SBI Asset Management and closed a funding round with an undisclosed amount led by Krungsri Finnovate last year.

Global Brain is best known for its investments in several technology-related industries, including Internet of Things (IoT), hardware, enterprise, robotics, education, and commerce solutions. Global Brain recently created its most recent, $180 million fund for investing in these industries.

The leader of this latest funding round, Global Brain, has also partnered with Omise on ventures like the Ethereum Community Fund and a co-working space for blockchain professionals called Neutrino. Last December, Global Brain and Omise also announced plans to create a new investment fund for blockchain startups.