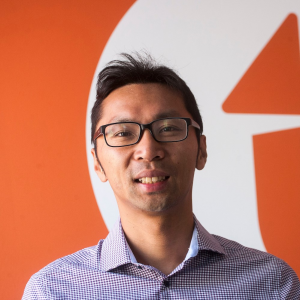 Winter Wong is the CEO of Tapatalk, a new platform that enables mobile apps for forums. I recently caught up with him for this interview.

Heidi: What would an elevator pitch for Tapatalk sound like?

Wong: Sure. Yeah, so Tapatalk, the short version is, Tapatalk, we help make online forums much more active and engaging and simple easy to use. For the phone owners, they don’t have to use Facebook groups or Reddit or they don’t have to messing with servers and they’re based on AWS, so they can focus on building a great online community.

So, we started Tapatalk a couple years ago and we became the mobile-first forum apps for online forums and their members and be used by over 200,000 forums in over 200 countries. We provide the forum owners and their users with a native mobile app experience so that they can engage with the forums in real-time even when they’re away from their desktops

Heidi: Okay. What are some of the acquisitions you’ve completed lately?

Wong: Yeah, yeah. A few years ago, we started Tapatalk as the mobile apps to help online forums, to transition their desktop website to mobile apps. We learn a lot from the challenges they face and running everything on their own by themselves. So, we wanted to extend our knowhow and success on mobile to the web and that’s why we started looking into existing free forums networks and realized that while they’re super active, their infrastructure and user experience is very old.

Recently in the past nine months, we have completed several acquisitions of free forum networks, including some of the oldest, longest one in online forums, such as YouTube free forums and Network 54.

Heidi: What are some of the advantages of Tapatalk Group versus managing one’s own infrastructure when running a forum?

Wong: Sure. Let me begin with what Tapatalk Group is not trying to do. We’re not trying to replicate Facebook groups or Reddit on forums. We actually want the owner of the forum to be successful, not only in terms of number of active users, but also in terms of financial results and content ownerships.

We wanted to continue to let the forum owners to keep control of their content, their members’ profile, as well as the look and feel.

So, for example, if you build a Facebook group, you can’t even send out a newsletter to your members, because you don’t have the assets of their email address. We wanted to retain these elements that works for online forums for so many years, but at the same time, we wanted to free up forum owners from worrying about infrastructures, the security, and also the most recently, the GDPR and to help them to maximizing their revenues, if they are for-profit, and also, their member engagement throughout the platform.

Heidi: Okay. What inspired you to plan the integration of blockchain into Tapatalk?

Wong: Yeah. We wanted to start by helping users to own and protect their identity on online forums, to minimize the damage from hacking. For example, you never really know how your passwords are stored in various online forums and how secure their server are. Just for example, this week, 50 million Facebook accounts has been hacked. So, we feel that building a semi-anonymous, centralized identity would help online forums and to convert more visitors to registered members.

We also wanted to have a reward system to reward users who contribute great content. Great content doesn’t need to be long. It can be spot-on answering questions from other members or giving assistance and advice. We wanted to give them incentive to continue to help more and to encourage good behavior.

Currently, there’s no such reward scheme in the forums and that works across online forums, so technically, we wanted to build a Star Alliance of online forums, for example, so that the rewards the members earn are not only useful within the forum, but also useful in other forums in the network so that it can help forum owners to create loyalty and send rewards to their members. That’s what we’re trying to do on blockchain.

Heidi: Are there any other features or technologies that you plan to integrate in the near future?

Wong: Yeah, we do. Well, I think in addition to the focus in making online forums easier to use, we are actually shifting our near-term focus to help forum owners to monetize. For example, earlier this year, we added revenue support for forums running on Tapatalk Groups so they can actually earn more advertising dollars without adding more ads. And we all know that we all hate ads, right?

Heidi: Okay, that’s all the questions I’ve got. Anything you’d like to add?

Wong: No, I think it’s perfect. Yeah, it’s great. Do you have any other questions I can answer?

Heidi: No, I don’t have any other questions.

Wong: Okay. Sabnani, did you have anything you’d like to add as well?

Sabnani: Yeah, I was trying to listen along. It was a little bit difficult, but towards the point and, you know, my name is Sanjay Sabnani and I’ve been in the same space.

From my perspective, one of the challenges in trying to solve a lot of these problems, forum software is old, it’s difficult. You have to get your own servers, you have to deal with your own members, and you don’t really want to partner with other sites because you’re worried you’ll steal your members or they’ll cause problems.

So, you have this problem where each community works well on its own but connecting them together for the benefit of the members has not really taken off. We believe the blockchain solves that because what the blockchain does, is it gives everybody a fair version of what’s going on. Everybody has the ledger distributed and the record. It also allows everybody in the fairest way possible, to make decisions in terms of governance. Right? What is the network doing? What should the policies be?

What I think a lot of people have to get mentally about us, is each one of these sites is like its own universe. It’s like its own country. There’s a site that uses Tapatalk called WatchUSeek, W-A-T-C-H, the letter U, S-E-E-K. They’re a very large, luxury watch forum. Their members have got watches that $100, 200,000 and they’re buying and selling all the time. You wouldn’t even know it existed, but to the people in that business, to the merchants that deal with them, it’s a formidable entity and a lot of the knowledge in the world about hobbies, about things people are enthusiastic about, is contained on these sites. But there’s no reason that if I like Rolexes, I may also be a parent and want to communicate on a parenting site.

Well, Tapatalk was the first thing. When Tapatalk launched their app, they changed the world because what for the first time you could do, is you could have multiple identities all managed under your Tapatalk ID. On the platform level, Tapatalk has been doing this—the blockchain now is meant to create the incentives and rewards to everybody to want to participate. Most sites are run by volunteers. The volunteers don’t get ad revenues. The volunteers can’t really get paid. Some sites have tipping. When you have a token and you have your own network, you have trust among people. The big idea here is if you can get people to remain anonymous but act as good actors so that they’re trustable, you solved a major problem.

I realize I’m probably talking too much, I’ll be quiet, but that’s just my two cents.

Heidi: And thank you.