There was a time when humanity thought that Earth and, by extension, the human species was the entire center of Creation. Now, if you consult any decent astronomical textbook, it will describe how we learned that Earth and all the other planets revolve around the sun, and then that our solar system is not even close to being the center of the Milky Way Galaxy. We have reached the point where we describe egotistical people by saying that they think the world revolves around them.

And, yet, we still measure distances beyond our own solar system by their distance from Earth. It may someday be useful for an interstellar navigator to know the distance from Alpha Centauri A to Sirius. For right now, we still take an Earth-centric (or at least Solar-centric) view of the universe. Obviously, we still have some work to do before we stop seeing Earth as the operational center of the universe.

Well, Ed Mitchell does a pretty good job of speaking for himself, doesn’t he? He may have the beginnings of something. Science and philosophy are starting to become entangled in ways that make both sides uncomfortable. Maybe it started when Galileo’s theories began to spread. We are a very small part of the universe and not even the center of our own galaxy. That took some getting used to. If you believe in God and have ever contemplated the size of the universe, you may have considered the idea that we’re lucky that He pays any attention to us at all. We’re a little speck in a big universe. So much for the egocentric point of view.

Once you grasp the concept that you aren’t the center of the universe, you’re almost ahead of the game. Now what do you do? Each individual responds in a different way. One astronaut devotes a significant portion of his life studying quantum physics and ESP. The universe can actually store information like the quantum computer that some scientists and engineers have discussed developing. You can see the results of some of his work on Ed Mitchell’s official website, by the way. Another astronaut had the feeling that an invisible entity was looking over his shoulder and providing answers when he had difficulty setting some equipment on the Moon and later turned to evangelism. They responded to the idea that there may well be an intelligence within, or just outside, the universe in ways that made sense to them. It’s very possible that sentient species like Homo sapiens that have evolved with the capacity to wonder what’s on the other side of that hill are the universe’s way of learning about itself, in which case we may owe it to a universe that made us possible to get our sciences in order and explore the parts that we can reach in a responsible manner.

The idea that Earth is one small sphere in a vast universe is already having an impact on world religions. The Vatican operates one of the world’s oldest observatories and one of its senior scientists recently stated in this interview, “Nothing we learn about the universe through science threatens our faith. It only enriches it.” When the subject of extraterrestrials inevitably came up, he suggested that we think of stars as “God’s sperm,” with each one possessing the potential to create a new life-form even though only a small percentage of them will ever actually accomplish it. He saw nothing threatening to his faith to think that there might be another sentient being in the universe that looks up at the night sky and wonders if he is alone in the universe. This is one more good sign of the Vatican’s willingness to adjust its views to the 21st century. Muslims who wish to participate in space exploration in a productive way while still keeping to the tenants of Islam may be interested in this document titled “Islamic Religious Practice in Outer Space.” Like most things in an evolving universe, the religions that can’t adapt to new, scientifically proven information will inevitably be left behind, possibly in a fossilized form. Those that can adjust to the modern, changing universe may still have followers who have simply adapted their rituals to the fact that they aren’t on Earth anymore.

Who are the people who are afraid of space exploration, so afraid that they want to stop everyone else from doing it? Usually, they’re the ones who are afraid to learn something new about themselves. They don’t want to admit it, so they come up with excuses like how they want to spend the money on their favorite social cause. They’ve been fairly effective to the point where my generation and those who are a little younger than me could actually become the first people to set foot on Mars. What will we learn about ourselves on the way to taming the red planet? I look forward to finding out. 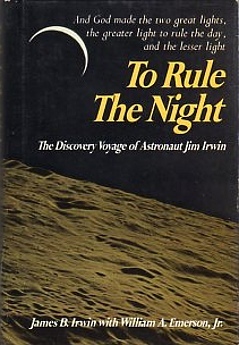