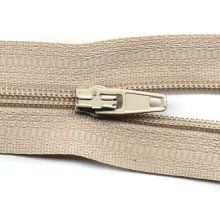 You probably don’t think much about zippers in your everyday life, but it’s hard to imagine life without them. They zip up your clothing, your purses, your snazzy new laptop case, and just about anything that needs to be fastened easily. Sure, it’s annoying when they snag and break, but there are easy ways to fix a broken zipper if you have a kit like the ones I feature here. Have you ever thought of what life would be like without zippers, and have you ever thought about where they came from? Well, here’s a little background.

A Unique Thing To Do With Zippers

This girl’s got style. She created several bracelets using zippers and she demonstrates how she did it in this video.

Who Invented the Zipper? 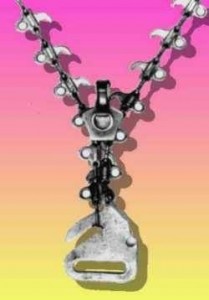 The first patented version of the zipper appeared in 1851. Elias Howe, who is more famous for inventing the sewing machine, invented an “Automatic, Continuous Clothing Closure” that never went anywhere because he didn’t think there was any future in it and didn’t market it. Forty-four years later, a better marketed version of the zipper known as the “Clasp Locker” was shown by Whitcomb Johnson at the 1893 Chicago World’s Fair. Though it was a hook-and-eye affair meant for fastening shoes and did not take off like later versions of the zipper would, he came to be known as the father of the zipper.

A Swedish-Canadian electrical engineer named Gideon Sundback was hired by the Universal Fastener Company and had some political savvy, marrying the plant manager’s daughter. He went to work improving Johnson’s version of the zipper and his innovations included increasing the number of fasteners from four per inch to eleven per inch and a slider that pulled two facing rows of teeth into a single unit. He also designed the device that manufactured them and, soon, it was producing a few hundred of them a day.

If you’ve ever had a zipper break on you, there’s no need to throw out the entire garment or bag it’s attached to. Just grab a handy zipper mending kit.

Naming And Marketing The Zipper

At first, the clothing industry was reluctant to touch this innovative new fastener. The first documented use of the word “zipper” to describe the fastener came from the B.F. Goodrich company, which used it in its marketing efforts for a new variety of boots and galoshes. Another popular early use was in tobacco pouches, in which zippers became a popular way to open and close the pouch without losing any of the loose tobacco inside.

Use of zippers in clothing began to increase in the 1930s, when they began to appear in children’s clothing. They were marketed as a way for children to learn how to dress themselves without help from an adult. In 1937, they began appearing on French-made men’s trousers, gradually replacing buttons. A variation of the zipper could open at both ends, making them usable on jackets. Today, they are everywhere.

These are just a few of the products that zippers are good for.