After a certain amount of drama involving medical insurance, managing appointments with various specialists, and one missing piece of paper out of the stack of results that turned up at the doctor’s office later, I got the Mars One medical form turned in. I hate drama, really I do, even if it is a relief to know I’m healthy enough to possibly go to Mars as of this moment. Now that it’s over and I know they made some little mark in a database somewhere that I turned in the info they needed, well, now I just need to wait until April so we can figure out what the next move is.

Not that I’ve been sitting on my hands. I’ve gotten a few blog entries brought over from Squidoo to this blog. Sorry, Squidoo employees, it’s nothing personal. I signed up to do some writing for an Aspiring Martian magazine. I’ve been hunting for more online work – It stinks being a freelance writer who is in between projects sometimes. But no big deal; I won’t be worrying much about a steady income once I’m on Mars.

Anyway, it will be interesting. I have a feeling that March will go by fast. It’s the eleventh already where I’m sitting. A few of us have been worrying about having to travel and where to. All I can say is, be sure to apply for or renew your passport if you haven’t already and I hope to see you at the regional headquarters. Even if a lot (okay, most) of us don’t make it all the way, those of you who are Aspiring Martians all remember how exciting it was to get that email that you made it into the second round. Even if you didn’t or you get the bad news in the near future, you can use that as an excuse to take advantage of free classes like the ones on Coursera and work on your on-camera presence. Then reapply when applications open up later this year.

It will be tough. I’m not even sure whether the “interview” phase will be a test of our mental and physical capabilities. I’m kind of hoping it’ll be a blend of both. In real terms, those tests shouldn’t be purely physical because I only see basketball stars like Kobe Bryant applying because they’re motivated by how high they would be able to jump on Mars. The second round could just be interviews. Or they could be something totally unexpected like a month-long backpacking trip. Actually, I’m kind of rooting for the backpacking even if I haven’t actually done much camping. Dumping a few people in the middle of nowhere can really tell you a lot about people’s ability to work as part of a team and think on their feet when things get rough. As long as it becomes more “McGyver” than “Survivor,” I’ll probably just keep trooping along. 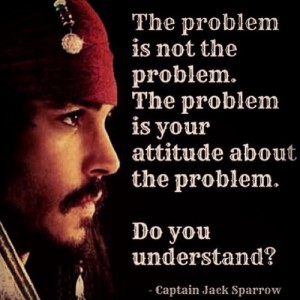 My basic attitude toward anyone who tends to get all uptight when things go wrong. Image credit fanpop.com

Whatever form the Round Two challenges take, I hope my fellow candidates will find the time to relax and have fun. Remember what Mars One said about needing a sense of humor? This is where it starts to become real. If I try to diffuse the tension with a (lame) joke, it means I think everybody’s gotten way too uptight about things and we all need to calm down and analyze the problem in front of us. It might even turn out to not be all that earth-shattering and we can figure out who tripped Fred after we’ve made sure it hasn’t damaged his EVA suit. So my occasional refusal to take things seriously doesn’t necessarily mean I don’t know there’s a problem. It’s my way of getting people’s attention without biting their heads off. Fair warning, comrades.

What Not To Do On Mars

I’m looking forward to it. Nobody with any sense will claim this is easy or we can’t fail. However, we’ve made it this far and we might as well keep going. We are the Aspiring Martians.